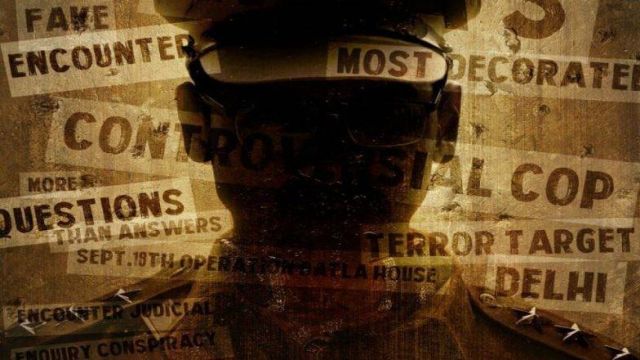 Mumbai : Actor John Abraham on Friday unveiled the first look of his film “Batla House”, and announced that it will hit the screens on August 15, 2019, clashing with “Brahmastra” and “Made In China”.

The “Batla House” makers is based on a real-life incident about the Delhi spot where a shootout took place in 2008.

John posted the film’s poster on Twitter and wrote: “Every story has two points of view. One wrong. The other right. But what if the lines are blurred? Very very blurred!”

Known for doing patriotic movies like “Madras Cafe” and “Parmanu – The Story Of Pokhran” and his latest release “Satyameva Jayate”, John will once again be seen donning the patriotism on his sleeve in “Batla House” by essaying police officer Sanjay Kumar Yadav who led the Batla House encounter.

In the poster, John can be seen in a policeman’s avatar and he is surrounded with several news headlines of the encounter.

Helmed by director Nikkhil Advani, the film is written by Ritesh Shah.

While announcing the release date, Advani tweeted: “Have waited for a long time for this story to be told. Unveiling an explosive account of one of the most controversial events to have rocked modern India.”

By SHEFA RAFI Coimbatore, Fed 21 : Taking a cue from Delhi’s Shaheen Bagh where …