Need for amity and brotherhood stressed at GMCH Iftar Mehfil 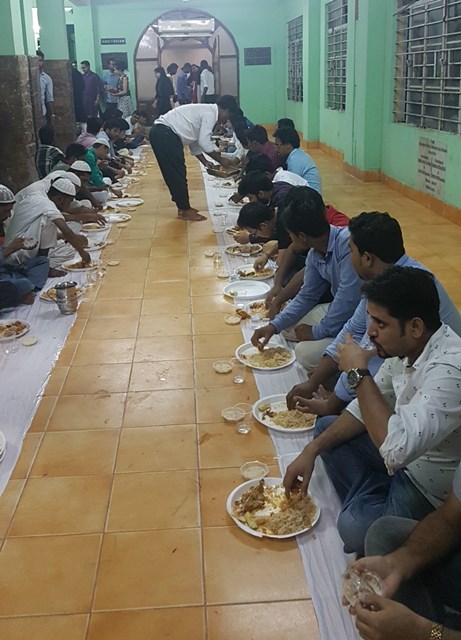 GUWAHATI, MAY 30: As in previous years, the faculty and students of the Gauhati Medical College & Hospital (GMCH) organised the “GMCH Iftar Mehfil 2018” at the Hazi Musafirkhana Guwahati on Tuesday. Over 200 people, most of whom were students, participated in the programme that began with the recitation of verses from the Holy Quran rendered by Mukhtar Hussain, a student of GMCH.

Dr Joydev Sharma, Vice Principal, GMCH, in his opening remarks, highlighted the atmosphere of brotherhood among different religious communities of Assam over the centuries and exhorted the young generation to uphold it at any cost. He said, “Even though I did not fast during Ramzan when I was a boy, I always looked forward to the Holy Month as it gave me opportunities to visit the houses of my Muslim friends and join them at iftar consisting of mouth-watering dishes.” 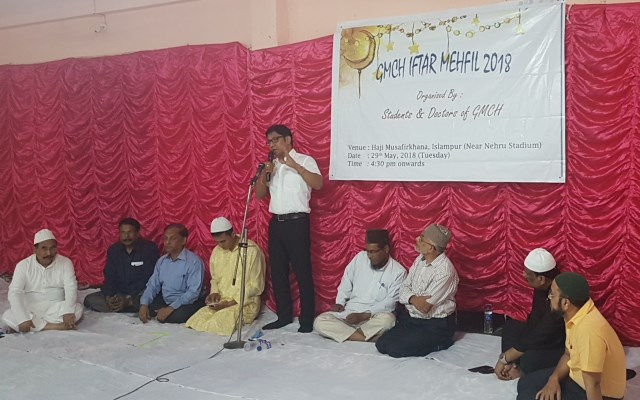 Dr Kailash Bhattacharyya, Professor & HoD, Biochemistry, GMCH, on a similar note, talked about the similarities among different faiths and religious beliefs and stressed on the need for appreciating and understanding the practices of faiths other than one’s own.

In his keynote address, Nitumoni Saikia, Editor in Chief, Pratidin Times, urged upon the youngsters to live as good human beings rather than as Hindus and Muslims. He said, “Our religion is dear to us, and whatever is dear, we hide it from others, we don’t make a display of it.”

Maulana A Basith, President, JIH, dwelt on the significance of Ramzan and explained how it helps the devout to exercise self-restraint and control over earthly urges. Nurul Laskar, Director, Corporate Communication USTM, also spoke and stressed on the need for promoting goodwill and fellow feeling among different communities. Dr Ilias Ali, former Professor of Emergency Medicine & Surgery, GMCH, cited example from the Prophet’s life and expressed the view that we should follow his example by taking care of our neighbours irrespective of their colour, faith, or race.