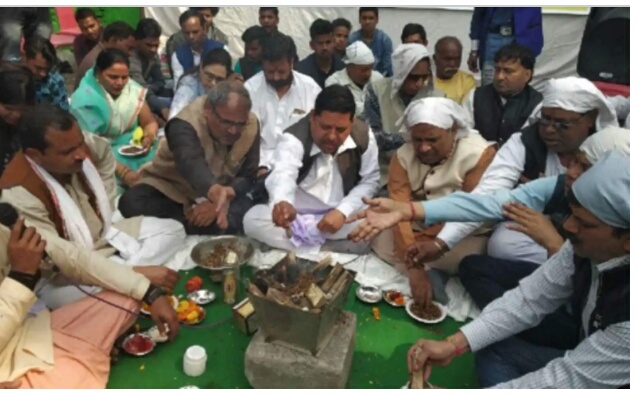 Jammu, Aug 14 Striking down of Article 370, which gave Jammu and Kashmir a sense of specialness, is the tipping point as it can further escalate the communal tension in the state, says Shadi Lal Pandita, a Kashmiri Pandit, who was forced to migrate along with his family to Jammu in 1989 in wake of terror attacks.

According to him and a section of others who were also forced to leave the Kashmir Valley due to militancy three decades ago,feel that doing away with Article 370 was done in haste, without taking violence-hit people into confidence.

Talking to here, they say the real challenge for the Narendra Modi-led National Democratic Alliance (NDA) government is how to ensure the safe return of around 80,000 Kashmiri Pandit families, who are settled largely in Jammu and Delhi for the past three decades, to their hometown in the Valley.

They feel the battle for the hearts and minds is the larger war which has to be won by Modi. And the hearts can not be won through dictatorial acts.

Not impressed with the way Article 370 was revoked and its abrogation was not a solution to the ongoing turmoil in the Valley, Pandita, 60, said the Central government has no rehabilitation policy for them.

More important, the scrapping of the Article and the subsequent military buildup have created a fear psychosis or “we can say a deep rift between the Muslims and the Kashmiri Pandits”, and this could lead to graver problems for them, he said.

Another Kashmiri Pandit migrant O.N. Raina added, “For quite some time, the rift between them and the Muslims was narrowed as they (the Muslims) had started feeling that something is missing in their normal life without them. For centuries, we were living together harmoniously.”

“Now their anger is certainly against a particular community and we will be the sufferers again,” an anxious Raina added.

“In fact, the BJP government has never done anything for our rehabilitation. It is only the Congress government that played a crucial role in our rehabilitation,” Pandita, who is the President of Soan Kashmir Front, which represents the displaced people, told . He was migrated to Jammu when he was 30-years-old and was doing a private job in Srinagar.

Asked Kashi Nath Bhat, who is residing in Jagti migrant complex which has 4,224 one-bedroom multi-storied flats on the outskirts of Jammu, “I simply want to ask the BJP government that what it has done for the Kashmiri Pandits, nothing. They (BJP people) have never chalked out a roadmap of our return to the Valley.”

“The BJP believes in propaganda. They did nothing to end militancy in Srinagar. Now by propagating that Modi has abolished Article 370, which in real sense was diluted, or we can say become redundant, by the Congress, whenever it was in power at the Centre through Presidential Ordinances that enabled applicability of Central laws,” Bhat added.

Octogenarian S.L. Kar, whose son was killed by militants in Srinagar in the early 1990s and was forced to migrate here in a refugee camp, still has fresh nightmares of the hysteric threats emanating from the loudspeakers from mosques, exhorting them either to flee the Valley or convert to Islam.

“The battle for doing away with Article 370 was the easy one. The real challenge for the government ahead is to win the hearts of the Muslims.”

“My son will not come back but the government has to prove that how 370 was a roadblock in the path to development of Kashmiris. They have to create work opportunities for them and to bring the Valley on fast-track development, a real challenge. I hope the government will succeed,” an optimistic Kar added.

The Kashmiri Pandits, who are just two percent of state”s total population, say their rehabilitation policy must include extending a political status to them by reserving at least three seats in the 87-member legislative assembly for them, and tenements should be set up in clusters in satellite towns in the Valley — Srinagar, Baramulla and Anantnag.(Vishal Gulati can be reached at vishal.g@ians.in)

Share
Previous Animal Sacrifice: One of the oldest and most universal traditions
Next Hajara Begum: A freedom fighter and a votary of gender equality