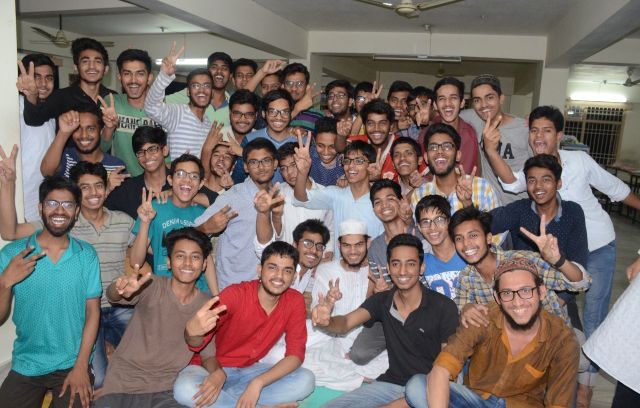 Patna: The Central Board of Secondary Education (CBSE) published the results of the national competitive examination known as the Joint Entrance Examination for candidate selection to the engineering institutes on the 30th April 2018. 137 students of Rahmani Program of Excellence were successful this year where more than one million students participated in the JEE. Now, these 137 students will prepare for the coveted IIT seat via the competitive exam known as JEE-Advanced.

Interestingly, 18 students of Rahmani30 Medical batch also attempted the exam and out of these 12 were successful. This is an unprecedented success and paints a very flattering story for Rahmani Program of Excellence and its learning methodology. These students will be aptly suited for fields that crosses medicine, surgery and engineering.

Rahmani Program of Excellence under Rahmani Foundation has been successfully replacing educational hopelessness in the community with the courage to dream big all the while demonstrating its proven method of success. Hazrat Ameer-e-shariat Maulana Mohammad Wali Rahmani, who is the founder of this nation-wide program stated that this is a result of consistent guidance and untiring effort of Shri. Abhayanand Ji (Ex. DGP Bihar), and sincere and continuous efforts of center leadership that comprises of the faculty, management and staff. He further mentioned that this result could not have been realized had the students and their parents not partnered with us, especially given our different model of education and training that seeks to convert students into learners.

Rahmani Program of Excellence has gone global this year. For the first time entrance examination were conducted in the United Arab Emirates. This is a great opportunity for these students to prepare for universities of national importance and seek their higher education in one of the top ranked universities in India.

This year Rahmani30 has launched Mentor30 program as it’s initiative to extend its reach. Under this program 30 graduates will be selected from across India and will be trained on Rahmani30 process of teaching & learning and will be on job with Rahmani Program of Excellence.