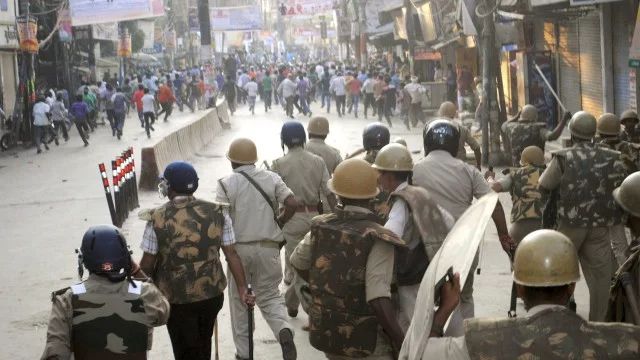 Lucknow : At least six people were injured in a clash which erupted between youths of two communities in Varanasi, police said on Saturday.

The incident took place near the Kazzakpura railway crossing late Friday night with reports of stone pelting from both sides.

Tension also spread to nearby localities of Jalalipura, Hanuman Gate and Saraiiya.

Fearing that the clashes could get communal, senior officials led by the District Magistrate (DM) and Senior Superintendent of Police (SSP) soon rushed to the spot with additional police force and brought the situation under control.

Public Relations Officer (PRO) to the SSP, Varanasi, Sarvesh Mishra told IANS that additional police deployment has been made and that the situation was completely normal.

“No one has sustained any major injury and things are absolutely normal.”

Share
Previous UAPA- A law that is being frequently misused to legalize injustice
Next Muslims do not allow radicalism to grow in India: Rajnath Singh