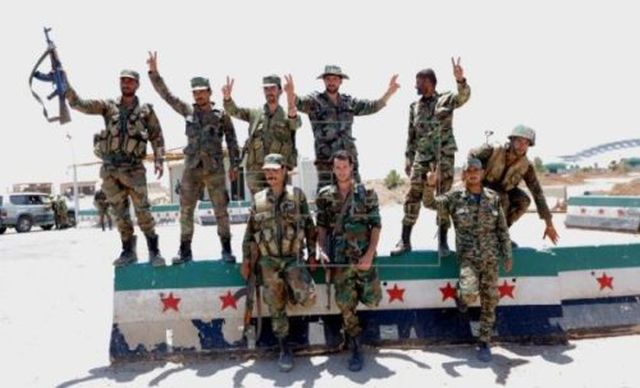 Damascus : The Committee to Protect Journalists (CPJ) on Wednesday said at least 70 journalists and media workers were trapped in southernwestern Syrian districts of Daraa and Quneitra due to the Syrian government’s offensive against Islamic rebel factions.

CPJ Middle East and North Africa Programme Coordinator Sherif Mansour said from Washington: “Given the danger from fighting, as well as Syrian security services’ heavy-handed treatment of journalists and media workers in the past, it is no wonder that journalists in Daraa and Quneitra are afraid.”

“We call on all governments in the region to work together to ensure the journalists’ well-being is safeguarded,” Mansour added.

CPJ could only confirm the cases of least 70 journalists trapped between the Syrian Arab Army forces and the Israeli and Jordanian borders, closed since the beginning of the Syrian civil war.

However, the independent Syrian Journalists Association estimated at least 270 Syrian journalists were caught between the border and advancing forces.

A Syrian journalist identified as al-Hourani, formerly based in Daraa province and currently trapped in Quneitra said: “Local journalists are afraid of the (advancing) Syrian government, the Russian forces and the Iran-backed militias. We need safe passage out of Quneitra, be it through the (Israeli controlled) Golan Heights or via (the Syrian province of) Idlib, and we need assurances that our safety will be ensured.”

Syria is one of the most dangerous countries in the world for journalists. At least 120 journalists have been killed on assignment since the conflict began in 2011, according to CPJ research.