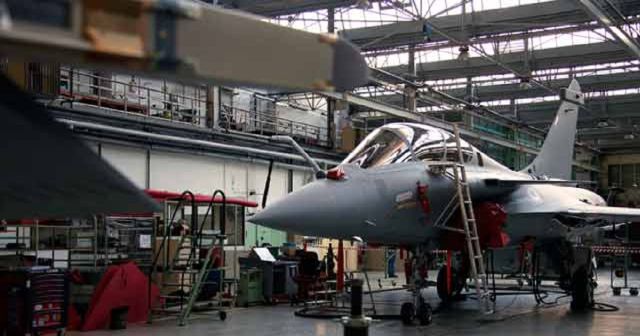 Addressing a press conference here, JEJAA leaders alleged that the Rafale fighter craft scam is a clear example of high level corruption involving none other than the Prime Minister of the country. Media reports and evidences available in the public domain, including Parliament of India, suggest that the loss to the Exchequer by this deal could be around ₹ 41,205 Crore, they added.

Modi government is completely engrossed in” pleasing the crony capitalists” by showing them ways to maximize profits at the cost of public money.

“By allowing private sector to use the defence sector as yet another area to loot, this government is not only putting the security of the country at risk, but also endangers the lives of soldiers.”

It is clear from the statements of Rafale, Reliance and the French authorities that Modi Government’s purchase price was over 300 per cent higher. This could have given an additional burden of about ₹ 41,000 crore on the Exchequer and as of now the sole beneficiary is a private company.

However, mentioning secrecy clauses and citing national interests, the Modi government is not willing to answer the logical issues of large scale corruption involved in the Rafale deal, Mollah said and added that Prime Minister Narendra Modi is ‘misusing nationalism to cover loot’ of public money.

Modi ensured that the contract was given to his friend Anil Ambani’s company, Reliance Defence Limited, which has no experience in not just manufacturing fighter aircrafts but also in aviation sector, he added.

The reasons for cutting the number of aircrafts to 36 are also unknown.

In response to a question, the former MP said the corruption involved in the infamous Bofors deal was to the tune of Rs 64 crore only while Rafale deal is a major scam that needs a thorough investigation by a Joint Parliamentary Committee.

“Only a JPC probe can bring all the shady details behind this deal before the public. The priority of this government is not in solving the problems of common people, farmers and workers but in ensuring windfall profit for its crony corporates.”

He also announced a week-long agitation against the Modi government over the alleged Rafale deal scam.

“The trade unions, kisan organizations and movements of students, youth, women, dalits, tribals, minorities and all other sections who are part of JEJAA will participate in the week long campaign on 22-28 October, 2018 across the country demanding resignation of the Defence Minister Nirmala Sitaraman and a Joint Parliamentary Committee to investigate the deal to unearth the corruption involved. Demonstrations and Public Dharna will be organized in all the district centers during this period.