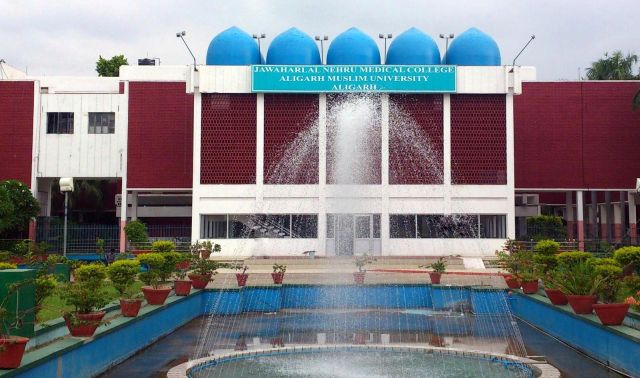 Aligarh : Doctors at the Aligarh Muslim University’s Jawaharlal Nehru Medical College (JNMC) successfully performed a four-hour-long operation to set right a severe congenital anomaly that had threatened the life of a seven-month-old girl.

Doctors said only a few centres in north India could perform this critical procedure.

Mahira, daughter of Salman, a resident of Aligarh’s Jawan area, owes her life to the leader of the team, cardiothoracic surgeon Mohammad Hanif Beg, who is also the Aligarh Muslim University (AMU) Pro Vice Chancellor.

Since one of the heart chambers of the infant was not developed and there was a hole in her heart, it resulted in the mixing of pure and impure blood, the doctors said on Saturday, adding that the child suffered blue discoloration, rapid and distressed breathing and feeding difficulty among other problems.

For the procedure performed on Friday, blood from the baby’s head, neck and arms was routed to her lungs. The girl has now been discharged to live a healthy life, the doctors said.

M. H. Beg said the surgery was done free of cost under the Rashtriya Bal Swasthya Karyakram (RBSK), a government initiative under the National Health Mission.

The JNMC is the only centre in western Uttar Pradesh with facilities for complex cardiac surgeries of children, doctor Azam Haseen said.