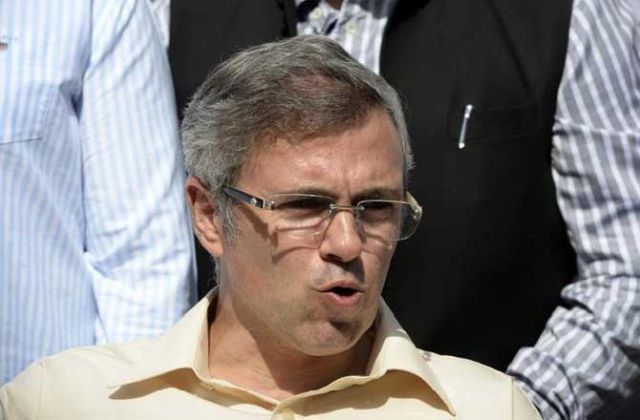 Srinagar : Former Jammu and Kashmir Chief Minister Omar Abdullah on Wednesday said his demand for dissolving the state assembly stems from the fact that the state of suspended animation it presently in helps in horse trading.

No major political party staked claim to government formation after Mehbooba Mufti-led PDP-BJP government collapsed on Tuesday after the BJP withdrew from it.

Governor N.N. Vohra on Wednesday placed the state assembly in suspended animation instead of dissolving it.

The assembly put under suspended animation can be revived if the governor is satisfied that a claimant to government formation has enough ground to prove majority on the floor of the house.

“I don’t think a new government will be formed anytime soon. Uncertainties are there, but we are working on something and people will get to know about it,” former Deputy Chief Minister and senior BJP leader Kavinder Gupta told reporters.

Reacting to this statement, Omar wrote on Twitter: “The J&K state assembly should be dissolved immediately and fresh elections should take place as soon as appropriate. The former DCM has admitted that BJP can’t be trusted not to horse trade for government formation.”

In response to a local reporter’s claim that the BJP had already started horse trading to cobble up a majority in the assembly, Omar tweeted, “I know and I know who the chief architect is.”

In the Mehbooba Mufti-led government, two MLAs of the Peoples Conference, headed by Sajad Lone, and Aga Bakir, independent MLA from Zanskar constituency of the Ladakh region, had announced support to the BJP.

Share
Previous Lifetime experience essaying Bal Thackeray: Nawazuddin
Next Yoga has nothing to do with religion: Vice President