Communalism wraps itself in garb of culture: Rahul 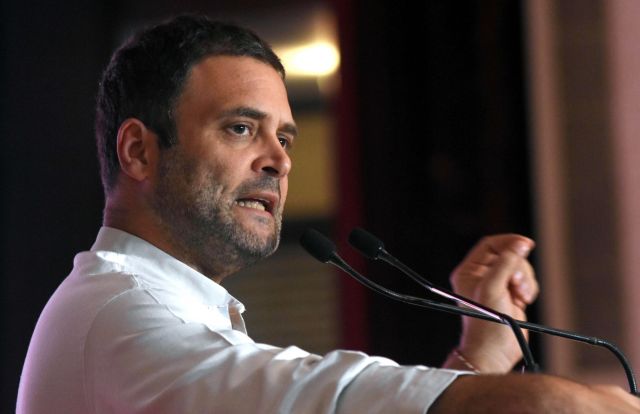 New Delhi : Invoking one of the foremost writers of the early 20th century, Munshi Premchand, Congress President Rahul Gandhi on Friday said communalism — a constant point of reference in many of Premchand’s stories — envelops itself under the garb of culture.

Tweeting in Hindi to pay respect to Premchand, Gandhi said communalism – in an apparent reference to communal forces – was perhaps ashamed of presenting itself in its natural avatar.

Like the fabled donkey dressed in lion’s skin to lord over the jungle, communalism too wraps itself in the garb of culture, he said.

Gandhi’s point of reference was an oft cited essay on communalism and culture by Premchand, originally written in 1934.

The Congress President’s homage to Premchand came four days after the writer’s 138th birth anniversary when several events were held in the country.