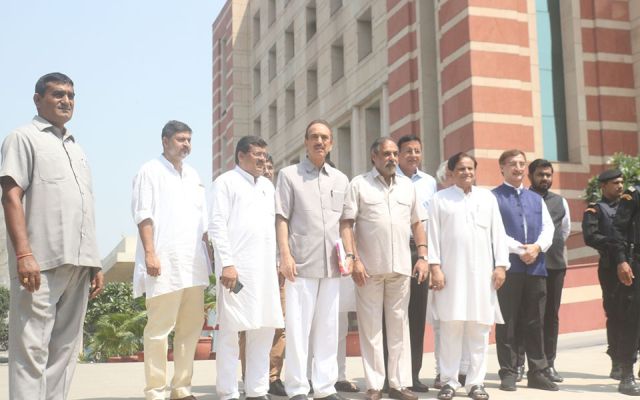 New Delhi : A Congress delegation on Wednesday met the Comptroller and Auditor General to seek a probe into the purchase of 36 Rafale fighter jets by the Narendra Modi government.

According to the party, the delegation would also submit a memorandum seeking the probe.

The party has already held a series of press conferences on the issue, raising several questions on the deal done by the Modi government with France to purchase the fighter jets.

The government has, however, denied all the allegations.

The move is seen as an effort by the party to raise the pitch over the issue ahead of the Assembly polls later this year and the parliamentary elections in 2019.

Share
Previous Jharkhand Minister on dharna against arrest of Hindus over communal clashes
Next By tradition, nationalism and ancestry, we are all Hindus: Bhagwat