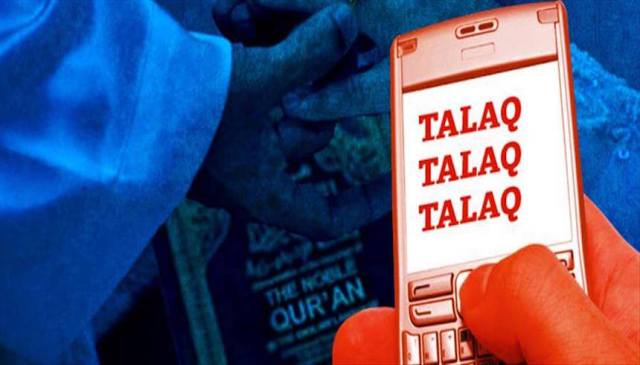 New Delhi:  Opposition Congress on Wednesday attacked the Modi government on unexpectedly bringing the Triple Talaq ordinance alleging that it was using ‘Instant Triple Talaq’ as a ‘Political Football’ for ‘Fake Credit Seeking’ and for ‘vote garnering’ rather than ensuring the welfare and subsistence of Muslim women. It also alleged that ‘Subterfuge, Subversion, Suppression and Diversion of Truth’ has become the DNA of the Modi government and the ruling BJP.

Reacting on this, Congress In-Charge, Communications, Randeep Singh Surjewala said an unnerved BJP finding itself cornered on the issue of repeated and gruesome rape incidents, as also issues of women security seeking to divert and reset the political agenda by hurriedly bringing an ordinance on ‘Instant Triple Talaq’. He attacked Union Law Minister, Ravi Shankar Prasad saying  the “perpetually misleading” the law  minister  has now become the “master of ‘Deception an Abuse’,” when it comes to hurling lies and allegations against the Congress party on every issue in an irrelevant and incoherent manner.

As facing the heat of Congress ‘concerted and sustained attack on Rafale deal and other alleged corruption cases, the Modi government out of blue  today issued the ordinance on Triple talaq as  it failed to get passed the controversial bill in the Upper  house of  Parliament.

Surjewala alleged that Prime Minister,  Narendra Modi and BJP have become “habitual offenders” of using the issue of ‘Instant Triple Talaq’ as a ‘political football’ for ‘vote garnering’ rather than ensuring the welfare and subsistence of Muslim women.

Even today, Modi Govt and Law Minister have indulged in mere vilification and blame game without releasing the proposed ordinance or listing out the solutions or concerns raised by Muslim women on the subsistence for themselves as also the children born out of the marriage, he added.

He posed question to the PM and the Law Minister asking them instead of false credit seeking, bravado and chest thumping as to why did they not bring a legislation or ordinance to ban ‘Instant Triple Talaq’ between 26th May 2014 until the judgment of Supreme Court in ‘Shayra Bano Vs Union of India’ dated 22thAugust 2017; declaring the ‘Instant Triple Talaq’ as illegal and unconstitutional.

It is only after the Supreme Court Judgment in “Shayra Bano” Case ( it was actually filed by Supreme court itself not Shayra Bano first)  that the PM and BJP tried to make political capital by proposing a legislation that was heavily loaded against the welfare of Muslim Women.

Congress stance on the issue, he said “the party has always believed that the issue of ‘Instant Triple Talaq’ i.e. Talaq-e-biddat is about ‘gender justice’ and ‘gender equity’. INC has always maintained that anything prejudicial to Muslim Women like instant triple talaq is inherently unsustainable”.

He asked the Modi government that it should give “supreme concern for ensuring  ‘Subsistence Allowance and Welfare and  Dignity Of Muslim Women and Children.

He underlined that social Groups, NGO’s and Muslim women have laid out important concerns viz-a viz the subsistence allowance as also welfare and dignity of women and children that are deliberately not being addressed by BJP so that the issue of ‘Instant Triple Talaq’ remains a polarizing vote garnering issue to be used as political football.

He asked the PM and the Law Minister to  spell out about:-

(i)       What is the definition of ‘Subsistence Allowance’ for Muslim women and children?; and

(ii)    What is the method of calculating the ‘Subsistence Allowance’?; and

(iii)  How would the ‘Subsistence Allowance’ be quantified?

The Congress leader Surjewala posed a pertinent question that  the proposed legislation and ordinance provides for prison term of the husband on pronouncement of ‘Instant Triple Talaq’ While punishing the husband, all the women’s groups have asked an obvious question- Once husband is in jail, who will pay ‘Maintenance’ and/or ‘Subsistence Allowance’ to women and children?

Share
Previous Jharkhand Minister on dharna against arrest of Hindus over communal clashes
Next By tradition, nationalism and ancestry, we are all Hindus: Bhagwat