Tokyo: A man, despite tested positive of Coronavirus went bar-hopping to deliberately spread the virus.

He was reported to be infected at the Japanese city of Gamagori on Wednesday after both of his parents contracted the virus, and was told to wait at home until space at a suitable medical facility could be found for him the following day.

Fuji News Network (FNN) reports he decided to visit two bars in the small coastal city after telling a family member: “I am going to spread the virus.”

The man, in his 50s, allegedly took a taxi to an izakaya bar before walking on foot to a Filipino bar, according to the Tokyo Reporter.

After eating and finishing several drinks, the man reportedly told fellow customers he had tested positive for coronavirus which has infected more than 1,000 in Japan. At that point, a concerned member of staff called local health authorities.

Police clad in protective suits appeared at the second bar, however, the man had already taken a taxi home.

The two bars were being disinfected and sterilized, a city official told FNN, while staff members and customers were reportedly being tested for the virus.

“I can’t get this straight in my head. I cannot express it in words since I only have anger,” local media reported a staff member as saying.

Officials held a press conference and apologized for the incident, with the city’s mayor, Toshiaki Suzuki, saying: “It is highly regrettable that he did not remain home as instructed.” It is not clear if the man will face any criminal charges for his alleged actions. 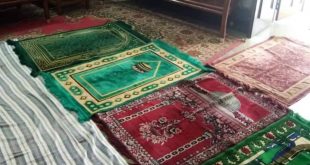 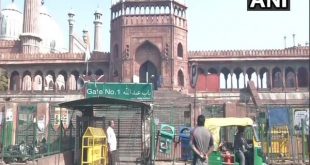 Will the upcoming Ramadan be under quarantine?

CLAIM As the coronavirus pandemic continues to force countries into lockdown, a video of US …