CPEC may regain pace after Imran Khan’s visit to Beijing 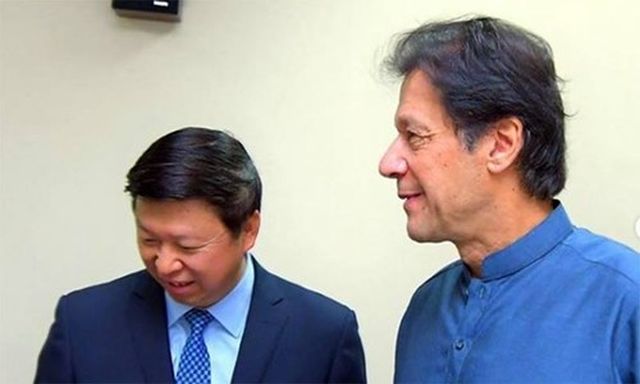 Islamabad : Islamabad expects that the China-Pakistan Economic Corridor (CPEC) would regain pace after Prime Minister Imran Khan visits Beijing next month with the signing of a framework agreement on industrial zones, progress on agricultural cooperation and addition of a social sector joint working group.

A senior government official told Dawn news on Monday the Khan’s visit to China would reinvigorate the CPEC implementation that had slowed down over the past several months owing to political transition in Pakistan.

During the visit, the two sides would formally ink a framework agreement on industrial zones and set in motion on-ground development of Special Economic Zones (SEZs) starting with Rashakai near Peshawar in Khyber Pakhtunkhwa.

They would also formally sign documents to include Social Sector Joint Working Group of the Joint Coordination Council (JCC) of the CPEC. He said officials from the two governments were currently in the process of sharing final documents.

A Chinese delegation led by M.A. Aiguo, Vice Minister for Agriculture and Rural Affairs, are currently in Pakistan to explore areas of mutual interest in the agriculture sector, considered by the two governments as key to employment generation and increase in crop output.

The delegation had a meeting with Privatisation Minister Khusro Bakhtiar on Monday and was given an overview of Pakistan’s agriculture sector that employed 45 per cent of manpower, contributed about 24 per cent to GDP, 20 per cent to total exports and provided livelihood to 64 per cent of the country’s rural population, a statement said.