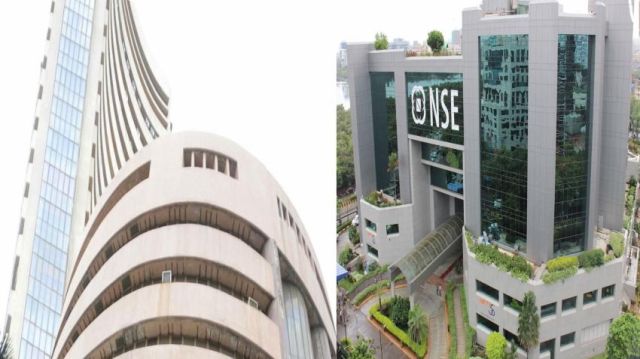 The positive sentiment pushed the barometer index to a fresh intra-day record high of 38,076.23 points and a closing high of 38,024.37 points during the trade week ended Friday.

However, the market breadth was negative in four out of the five trading sessions of the week, indicative of the current buying bias towards the large cap stocks.

According to Geojit Financial Services’ Head of Research Vinod Nair: “Consolidation in oil prices and in-line Q1 results were the key reason for a trend reversal in domestic market.”

“Sectors like NBFC, IT, FMCG were best performing sectors whereas worst performers were auto and cement. We are likely to see continuation of this momentum in the near term supported by improvement in earnings and reversal in FIIs flows.”

In addition, sentiments were buoyed after the IMF in its “country report” said the near-term macro-economic outlook is broadly favourable for India and the election of National Democratic Alliance (NDA) government’s candidate Harivansh Narayan Singh as the Deputy Chairman of the Rajya Sabha.

However, on Friday geo-political concerns over global protectionist measures
and profit booking pulled both the major equity indices lower.

“On the flip side, the Indian rupee was also weak against US dollar amid risk aversion spurred by geopolitical tensions between the US and other countries.”

On the currency front, the rupee closed at 68.83 on Friday, weakened by 22 paise from its previous week’s close of 68.61 per greenback.