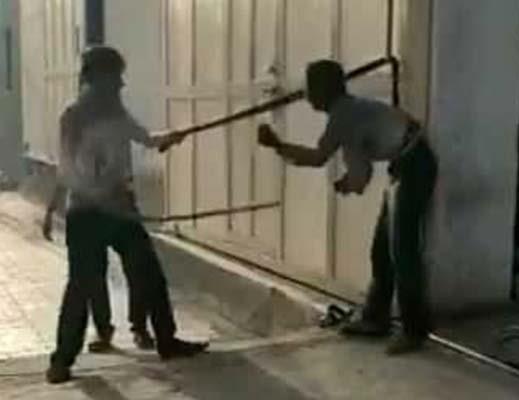 RAJKOT, Gujarat : Police have arrested five people for allegedly thrashing to death a 35-year-old Dalit man suspecting him to be a thief in Gujarat’s Rajkot district, an official said on Monday.

A video of the incident — purportedly showing two people taking turns to beat the man, identified as Mukesh Vaniya, a ragpicker, with a stick while another person holding him by a rope tied to his waist — has gone viral on the social media.

“Mr Mukesh Vaniya belonging to a scheduled caste was miserably thrashed and murdered by factory owners in Rajkot and his wife was brutally beaten up,” Gujarat lawmaker Jignesh Mevani tweeted with the hashtag #GujaratIsNot Safe4Dalits.

Based on the video, the police arrested the five people.