The suicide terror bombings in Sri Lanka and claiming of responsibility by ISIS took the entire world by utter surprise as the proscribed outfit was considered defeated, besides, an ebb in Islamic terrorism,due to concerted efforts by various Government. These attacks show that despite the military / logistic defeat of ISIS and the organization of its ilk, terrorism is still able to plan sophisticated and dirty plots around the globe. India has remained a vulnerable target of Islamic terrorist groups who earlier gave a call of ‘Gazawatul – Hind’ ( War against India ) especially in the context of J&K. ISIS has appealed to convert India into Islamic State because of the country being termed as ‘Dar Ul- harb’ ( land of confrontation).

Although, India’s inherent and traditional syncretic culture is strong enough to ward off the evil designs of divisive elements, radicals continue to exist and percolate their ideology sanctioning the use of violence and to convert all others to their belief. India and Indian Muslims who are, enjoying every opportunity to rub shoulders and share lunches with their countrymen of different faith as well as, participated in religious / cultural festivals, being the exotic inter-faith bonhomie in the world are different. Albeit, partial religious divisiveness exist, the strong society and open democracy keep the cultural fabric of the country intact and well intricate. The efforts by Intelligence / security agencies in monitoring / devising strategy to engage terrorist, the community leaders/ clergy bears a greater responsibility towards the correct interpretation of faith which could play a positive role to offset a mischief of ISIS and like minded organization, besides, strengthening India’s vibrant democracy with heritage of syncretic culture. Community leaders have additional responsibility to guide / lead / advise Muslims against ignorance, vulnerable propaganda, besides, activating correction measurements to defeat the evil designs of radicals / terrorists. 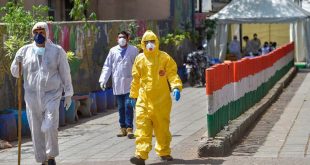 A Fight for All to Fight and Win 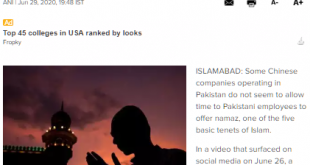 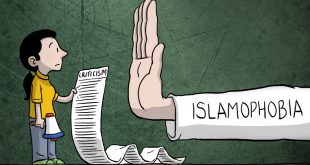 Narratives against Islamophobia in the Indian context

The transitional life has been drifted by some convinced ideologies and intricate notions for years. …