Itikaf in Ramadan- Rules, Types and Virtues of Itikaf

In Itikaf Muslims spend the last ten days of Ramadan in seclusion in a Mosque for a certain time; all they do is pray to Allah Almighty seeking forgiveness and blessings. In Itikaf one should stay with the intention to worship Allah (SWT) by praying formal or informal prayers although prayer is not a condition therein. Hazrat Aisha (RA) reported about our beloved Prophet Muhammad (SAW) that: “He (SAW) used to perform Itikaf in the last ten days of Ramadan until Allah the Mighty & Majestic, took him.” (Bukhari) 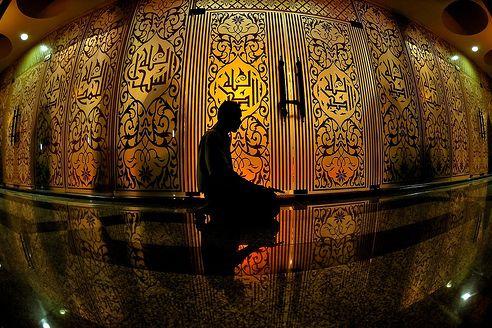 While performing Itikaf there is certain that we all should know about. Below we will discuss them:

There are three types of Itikaf which are mentioned below:

There are many benefits or virtues of Itikaf some of them are mentioned below:

The month of Ramadan itself is one of the greatest blessings that a Muslim receives. Within this holy month of blessings, the virtues of Itikaf are also a great advantage and a source of mercy and blessings from Allah Almighty that can help a Muslim seek forgiveness and attain reward for the present moment and the months to come till the next Ramadan. May Allah give us the strength to utilize this Ramadan in a better way! Ameen

Share
Previous Irrfan Khan Heads To US To Get Treated For His Illness?
Next Sri Lanka: Buddhists Monks condemn anti-Muslim riots, visits Mosques to promote unity