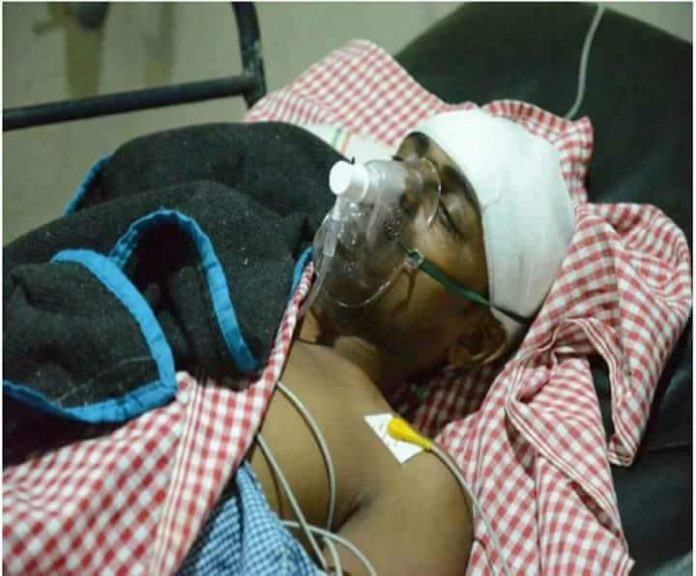 New Delhi: Jamaat-e-Islami Hind (JIH)  and All India Kisan Sabha have on Monday strongly condemned the attack and brutal killing of Siraj and seriously injuring Shakeel by the so-called cow vigilantes on Thursday in Satna of Madhya Pradesh. They demanded the culprits of the mob lynching be awarded the maximum punishment and suitable compensation to  Siraj’s widow and children.

This is absolutely unacceptable and shameful. There must be someone who must be held accountable besides the ‘’lynch-mob’’ as there seems to be no end to this series of lynching men from the minority community on charges of slaughtering bovines or possessing beef, he added.

“The usual modus operandi of those who are supervising these hate crimes from the background is to first kill, then glorify the killers, frame charges against the victims and ensure that there is no condemnation by anyone from the government. This attempt to ‘’normalize’’ lynching over the beef issue is most sinister and is extremely damaging for the country’’.

The Jamaat leader reminded central as well as state governments of their moral and constitutional responsibility; it is their foremost duty to protect the lives and properties as well as the honor and dignity of the citizens. They must remember that the prayers of the oppressed always invite divine wrath and by condoning such crimes they are turning the public opinion against their non-performance in governance and thus preparing their political oblivion.

He also said the BJP-led state government must condemn the incident and ensure that no glorification of Siraj’s killers takes place.

Echoing the Jamaat views, All India Kisan Sabha said strangely very light criminal cases are instituted against murderers, rather Siraj and Shakeel have been implicated by the police in name of so-called smuggling of a cow. It is one more murder in the series of murders and attacks on Dalit and Minority peoples in the name of the cow.

“We have seen in past few years, these kinds of incidents of attacks are increasing continuously and communal polarisation is the main target behind these attacks. Hindutva forces led by Sangh Parivar are instigating these killers and even protecting them from legal actions,” said  Ashok Dhawale, president AIKS.

He alleged that the BJP central government and state governments are twisting the laws in the favour of these criminals and the nexuses of local Hindutva forces, the local administration under the pressure of politicians are saving these criminals from any action against them.

He said AIKS demands proper inquiry in this case and stern legal action against the murderers. Also, the central and State government must take steps to control these anarchic series of murder and attacks. Compensation of one crore rupees must be given to the family of victim Siraj and Government job to the one of the family member and compensation of 25 lakh to Shakeel who was injured in the attack while providing all kinds of required medical treatment.