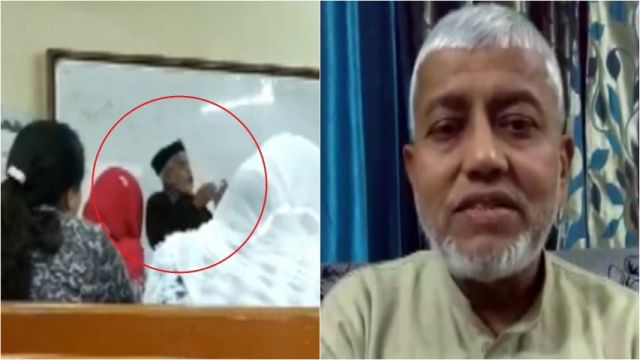 Jammu : A professor of Jammu University was suspended on Friday for his alleged terrorist remark against freedom fighter Bhagat Singh.

The action came after some students complained against the professor, Mohammad Tajuddin, of the university’s political science department, on Thursday.

The incident came to light after a video clip of the episode recorded by a student went viral on social media on Thursday.

The suspended teacher said he had no intention to hurt anyone’s feelings and has tendered his apology.

“Following the complaint, the university constituted an Inquiry Committee, which is headed by Dean Academic Affairs of the University,” said Vinay Thusoo, in-charge, Media Jammu University.

He said the committee has been asked to submit its report over the issue within seven days.

“Tajuddin has been dissociated from teaching in the university with immediate effect till further orders,” the official said.