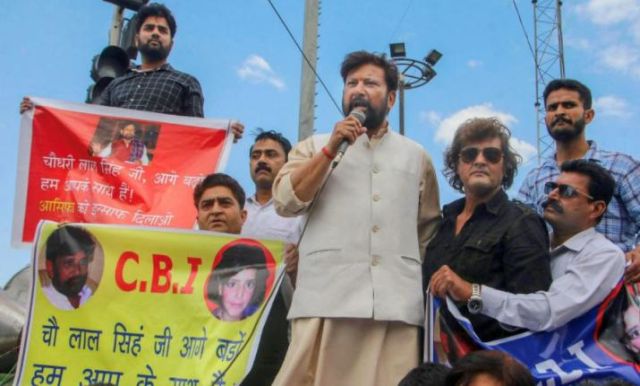 Jammu : Former Jammu and Kashmir Minister and BJP leader Choudhary Lal Singh on Sunday led a march in Kathua district, walking barefoot for nearly five hours, demanding a CBI probe into the rape and murder of a young girl in Kathua.

Lal Singh walked for some five hours after which his supporters urged him to get into a vehicle as he developed blisters in his feet.

The march was organised to mount pressure on the state government to have the Kathua case investigated by the Central Bureau of Investigation (CBI).

Lal Singh and another Bharatiya Janata Party leader, Chander Prakash Ganga, resigned from the cabinet following their participation in a rally organised by the Hindu Ekta Manch in January in support of the accused.

The Crime Branch has filed a chargesheet against eight accused in the rape and murder of the eight-year-old in Rasana village in Kathua district.

On the plea of the victim’s father, the Supreme Court ordered that the trial of the case be held on a daily basis without any adjournment in Pathankot in neighbouring Punjab.