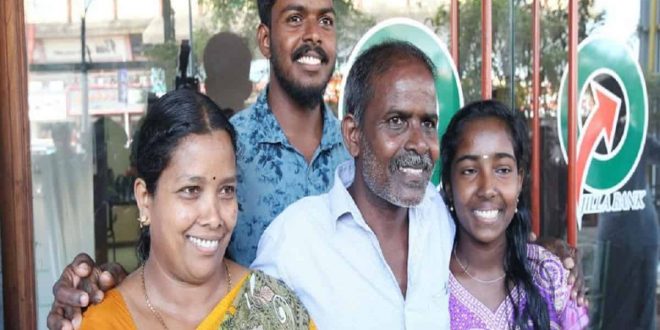 53-yr-old, Rajan went to the bank last month to inquire about a fourth
loan to pay the interest on his three other loans but couldn’t get approved. On
his way back home, an upset Rajan bought a lottery, more out of habit and less
out of expectation. But, this time he was lucky enough to change his destiny.

Rajan said his wife Rajani always used to quarrel with him over his
habit of buying lottery tickets. But this time, the lottery ticket that cost Rs
300, has changed their life forever.

The draw of the lottery took place on Monday and the state lottery department later identified that the first prize-winning lottery was sold at an outlet in Koothuparambha in Kannur district. There was suspense for a day as nobody showed up to claim the prize. Later on Tuesday afternoon Rajan jotted down his ticket number and went to an outlet near his house to check and couldn’t believe his eyes – his ticket ST 269609 won the bumper prize of Rs 12 crore, highest prize money in state lottery history.

“When I returned home my wife was not willing to believe me. She thought I was joking. She realized it only when people came to congratulate me,” said Rajan.

He said his first
priority is to pay off his Rs 7 lakh loans and then complete his half-finished
house. He was forced to divert his savings when his eldest daughter got married
last year.

A rubber tapper by profession, Rajan was struggling to make ends meet and his son was forced to discontinue his studies to help run the house. His youngster daughter is a 12th standard student. After-tax and agent commission he is likely to get around between Rs 7 and 8 crore.

COVID times: Where is social distancing? 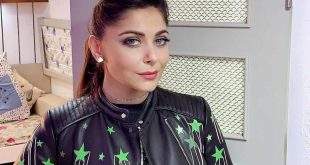 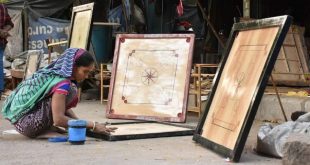 Carrom board sale soars as many homebound try to pass time

Mohammed Hussain Hyderabad: Sales of the carrom board have smashed records as millions are stuck …