Jaipur: Muslim women here took out a silent protest march against the instant Triple Talaq Bill. The women took out the march from Chardarwaja to Muslim Musafirkhana where a public meeting was held today. The office bearers of All India Muslim personal law board (AIMPLB) demanded withdrawal of the bill saying it was a defective bill and will lead to destruction of families and will only increase the sufferings of the women.

Addressing the women at the meeting, the AIMPB secretary Mohammad Fazlur Raheen Mujaddedi said that the government will have to withdraw the bill, which, he alleged, was against the Constitution and against the interest of Muslim women. After the protest march and public meeting, a delegation of Muslim women handed over a representation, addressed to Governor Kalyan Singh at Rajbhawan here.

In the representation, Yasmeen Farouqi, the board member said the bill was drafted without any consultation with top religious scholar and intellectuals of the community. We reject the bill and appeal to take it back as it is against the Constitution of India, women’s rights and gender justice, she said.

In Jaipur, Lacs of women marched against #TripleTalaqBill. It was the largest women rally so far. @narendramodi ji!
This is what Muslim women want. They are against the bill your government introduced. Will you honor their “Man ki Bat”? @asadowaisi @shaukat_aimim @Akhtaruliman5 pic.twitter.com/zdpxe2ga83

Lacs of women protested against #TripleTalaqBill in Malegaoun, Bhopal, Monger, Dhulia, Deoband and many other parts of the country. pic.twitter.com/OXan52QQSq

In Jaipur, Muslim women came to the streets in protest of #TripleTalaqBill .@rsprasad @PMOIndia @INCIndia pic.twitter.com/vKHzbK00KG

Thousands of Muslim women today participated in a silent march to protest the proposed Triple Talaq bill. The morcha was organised by the All India Muslim Personal Law Board (AIMPLB) local chapter and various religious organisations. Political parties like the NCP, the Congress and Janata Dal had extended their support to the morcha which started from ATT High School around 2 PM and culminated at the office of the Additional Collector.

The participants demanded that the bill be scrapped and that the government should not interfere in the Islamic law. A memorandum was submitted to Additional Collector by a delegation.
Police deployed extra personnel to avoid any untoward incident, an official said. The Lok Sabha last year passed the Muslim Women (Protection of Rights on Marriage) Bill, 2017, which criminalises the practice of talaq-e-biddat wherein Muslim men divorce their wives by uttering the word ‘talaq’ thrice. The bill is currently pending in Rajya Sabha.

This is a silent protest against 3T bill by NDA govt.
Lacs of muslim women from Malegaon Maharashtra Protesting against #TripleTalaqBill
This is the largest protest up till now. pic.twitter.com/pwY7ZKwRCc

Similar protest were also orgnanised in Patna city were thousands of Muslim women throng on road to register their protest against Triple Talaq Bill. 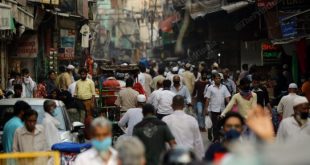 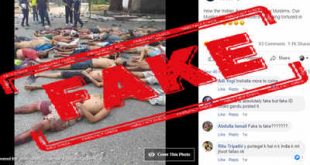