Pentagon to give $200 mn military aid to Ukraine 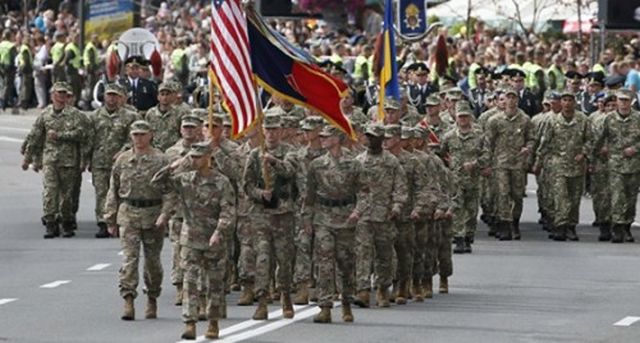 Washington : In its latest gesture to counter Moscow’s influence in Ukraine, the Pentagon has announced $200 million in security assistance to the country.

The aid will fund additional training, equipment and advisory efforts to build the defensive capacity of Ukraine’s forces, Xinhua news agency quoted a statement by the Pentagon on Friday.

“This reaffirms the long-standing defence relationship between the US and Ukraine,” the statement noted, adding that US security assistance to Ukraine totalled more than $1 billion since 2014.

The statement came after the White House on Friday rejected a proposal from Russia to hold a referendum in eastern Ukraine on the fate of the region.

“To organise a so-called referendum in a part of Ukraine which is not under government control would have no legitimacy,” said White House National Security Council spokesman Garrett Marquis.

The US media on Thursday reported that Russian President Vladimir Putin had raised the possibility of a referendum in Ukraine during his meeting with US President Donald Trump on Monday in Finland.

Russian Ambassador to the US Anatoly Antonov on Friday confirmed that Putin had raised the topic with Trump and made “concrete proposals” on how to handle the conflict.

The conflict in eastern Ukraine started in 2014 between Ukrainian government forces and armed groups which declared independence from Kiev. Ukraine has long accused Russia of aiding the insurgents while Moscow has repeatedly dismissed the claims.