Record number of Afghan civilians killed in first half of 2018: UN 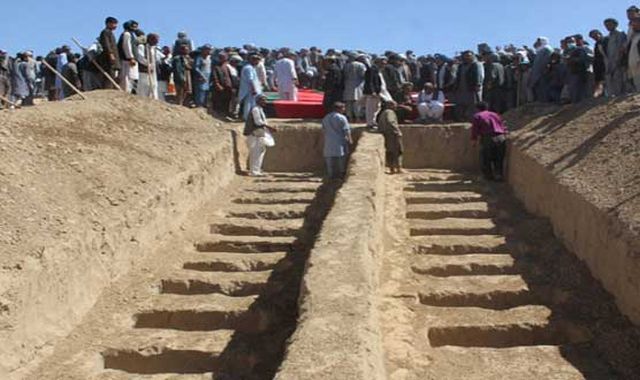 Kabul : A total of 1,692 Afghan civilians were killed due to conflicts and terrorist attacks in the first half of this year, hitting a record high, a UN mission said on Sunday.

“Latest figures released today by the UN Assistance Mission in Afghanistan (UNAMA) show continuing record high casualty rates being inflicted on the Afghan civilian population by the warring parties” Xinhua news agency quoted the mission as saying in a statement.

“Covering the period from January 1 to June 30, findings include the killing of more civilians in the first six months of this year – 1,692 deaths – than at any comparable time over the last 10 years since records have been kept.”

The UN mission started to monitor the situation of civilians and coordinate efforts to ensure their protection in 2009.

A total of 3,430 civilians were also injured during the period.

Improvised explosive devices (IEDs) was the leading cause of civilian casualties.

“The combined use of suicide and non-suicide IEDs caused nearly half of all civilian casualties,” the statement said.

Ground engagements were the second leading cause of civilian casualties, followed by targeted and deliberate killings, aerial operations and explosive remnants of war, according to the report.

The mission has attributed 67 per cent of the civilian casualties to the Taliban and other insurgent groups, 20 per cent to security forces over the period while the rest were unattributed or caused by other reasons.

The UNAMA also renewed its call to the conflicting parties to increase efforts to protect the civilian population and encouraged them to work towards reaching a peaceful settlement.

Share
Previous Kejriwal attacks Modi for harping on Hindu, Muslim issue
Next Meet Mohammed Lateef Khan, the man behind an educational revolution who has produced over 6200 doctors and engineers