In Islam marriage being an obligatory act is so important that it is declared to be one half of single Muslim’s faith. Marriage is one of the most liked Sunnah in Islam as our beloved Prophet (SAW) also married and encouraged others to do so. There are many verses in Holy Quran related to the importance of Marriage in Islam. Allah Almighty says in Holy Quran: “O Humans revere your Guardian-Lord, Who created you from a single person, created of like nature its mate, and from this scattered (like seeds) countless men and women. Reverence Allah through Whom you claim your mutual rights” (Quran 4:1).

Marriage is an act of pleasing Allah Almighty because it is in accordance with His commandments that husband and wife love each other and help each other to make efforts to continue the human race and raise their children to become true servants of Allah. Allah Almighty declared some rights of wives and husbands upon each other which we have to fulfill for living a happy life. In this article, we will discuss some rights of the husband upon the wife according to Quran and Sunnah. 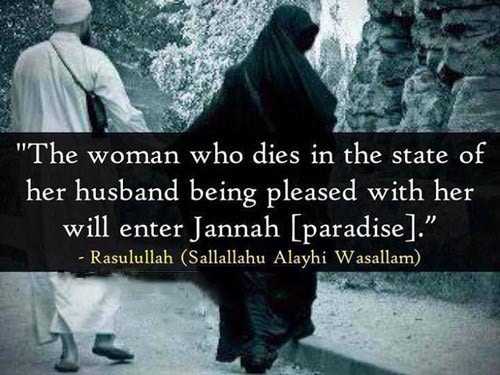 Allah Almighty tells in the Holy Quran that each spouse has some rights over the other but husband has one particular right over his wife which she does not have over him. In Holy Quran it is mentioned in the verse in these words: “And they (women) have rights (over their husbands as regards living expenses) similar (to those of their husbands) over them (as regards obedience and respect) to what is reasonable, but men have a degree (of responsibility) over them” (Quran, 2:228)

Some of the rights of Husband upon his wife are mentioned below:

These were some rights of the husband upon his wife there are many other rights that a wife should fulfill for living a happy married life. May Allah Almighty give us the strength to live our lives according to Quran and Sunnah of Prophet Muhammad (SAW)! Ameen

Share
Previous The Ka‘ba; Centre of Spiritual Energy
Next Farewell to the month of Ramadan

On the occasion of International Women’s Day, Social Coffee published a video expressing its gratitude …