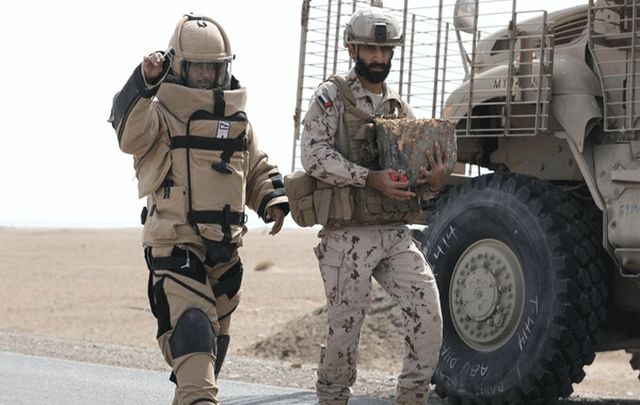 Riyadh : Saudi-led coalition involved in a war in Yemen on Tuesday announced the removal of more than 2,020 landmines from Yemeni territories.

The spokesperson of the coalition Col. Turki Al Maliki highlighted that the removal of the landmines was part of the MASAM project, Xinhua reported.

The Saudi Project for Landmines Clearance in Yemen was launched in the middle of this year to remove mines ranging from anti-personnel mines to other explosive devices and unexploded ordnance.

The project MASAM is part of $40 million initiative launched by the King Salman Humanitarian Aid and Relief Center.

The project aims to remove mines left behind by Houthi militias in the past 12 months and to train 400 Yemeni experts to do so as well.

The spokesperson also highlighted that Houthis have targeted the kingdom with 205 missiles since the beginning of the war in Yemen in 2015. He also accused the militias of using civilians as human shields to protect lands under their control from airstrikes.