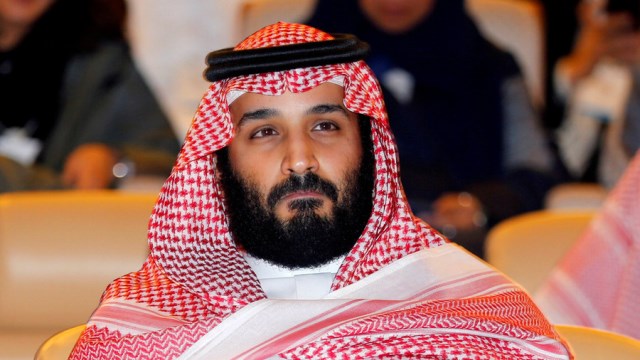 DUBAI: Saudi Arabia’s Mohammed bin Salman has shaken up the ultraconservative oil superpower with economic, social and religious reforms since becoming crown prince last year. But many now see his crackdown on any dissent as verging on authoritarianism.

Known by his initials MBS, the young, tall heir apparent to the Gulf region’s most powerful throne has overseen the most fundamental transformation in the modern history of the oil-rich nation and sidelined all rivals after emerging as first-in-line in June 2017.

He has pledged a “moderate” Saudi Arabia as he seeks to get international investors on board with his grandiose vision to overhaul the kingdom’s oil-reliant economy.

And he has taken on the powerful clerics who long dominated Saudi life and struck out at the nation’s coddled elite with a dramatic purge in September last year of royals, ministers and business figures that saw hundreds detained in a probe over graft worth $100 billion.

But Riyadh’s admission Saturday, after two weeks of denials, that prominent critic Jamal Khashoggi was killed in “a brawl” inside the Saudi consulate in Istanbul on October 2 risks jeopardising the reformist image that the crown prince has so carefully cultivated.

Two of the prince’s inner circle, deputy intelligence chief Ahmad al-Assiri and royal court media advisor Saud al-Qahtani, have been sacked for their roles in Khashoggi’s killing. Three other intelligence officials were also dismissed, while 18 Saudi suspects have been arrested.

“Old-fashioned tribal leader”
Prince Mohammed, 33, was named Saturday as the head of a new committee “to restructure” the intelligence service and “modernise its regulations and define its powers precisely,” the official Saudi Press Agency said.

In just a short time, the son of King Salman has developed close ties with the White House under US President Donald Trump, especially with his son-in-law and adviser Jared Kushner.

He has presented himself as reformer to Western governments — keen to carry on doing business and earning Saudi petrodollars — through a series of measures including lifting the decades-long ban on women driving, reducing the powers of the religious police and agreeing to the reopening of cinemas.

It is all part of Prince Mohammed’s Vision 2030 plan for economic and social reforms as Riyadh prepares for a post-oil era. The second investment forum aimed at diversifying the country’s economy is due to open on Tuesday in Riyadh.

But many organisations have criticised the prince’s crackdown on political dissent.

It was around this time that Khashoggi left the kingdom for self-imposed exile in the US.

The crown prince was also heavily criticised for placing Lebanese Prime Minister Saad Hariri under house arrest in Riyadh in November, and has raised alarm with a ruinous conflict in neighbouring Yemen seeking to shore up the government against Iran-backed Huthi rebels as well as a dragging blockade against Qatar.

“Deep inside him, he is an old-fashioned tribal leader,” Khashoggi told Newsweek earlier this year in an off-the-record conversation, only released on Saturday after the rumours of his killing had been confirmed.

“He wants to enjoy the fruits of First World modernity and Silicon Valley and cinemas and everything, but at the same time he wants also to rule like how his grandfather ruled Saudi Arabia,” Khashoggi added.

“Saudi according to MBS”
In a rare public appearance last year, the crown prince said he would strive for “a country of moderate Islam that is tolerant of all religions and to the world”.

He has pushed to curb the power of hardline clerics and prominent sheikhs who promote the kingdom’s uncompromising version of Islam, recognising that his country’s association with Wahhabism is a problem.

The draconian religious ideology has been accused of fuelling intolerance and global terrorism. Dozens of conservative Saudi religious figures have been detained under a crackdown initiated by the prince.

But earlier this year in an interview, Prince Mohammed said the spread of Wahhabism was a consequence of the West asking Saudi Arabia to use its resources in Muslim countries to counter the Soviet Union during the Cold War.

“I believe Islam is sensible, Islam is simple, and people are trying to hijack it,” he told The Washington Post in March.

The kingdom has also detained a number of human and women’s rights campaigners this year, some of them accused of undermining national security, with scant information about their whereabouts.

The prince “is very much a believer in himself. He doesn’t believe in anybody else,” Khashoggi told Newsweek.

Share
Previous Dussehra message of the RSS Sarsanghchalak
Next Is CBI under political pressure to close the case of missing Najeeb ?

Ernakulam: A special NIA court in Kerala”s Ernakulam has convicted six accused in the ISIS …