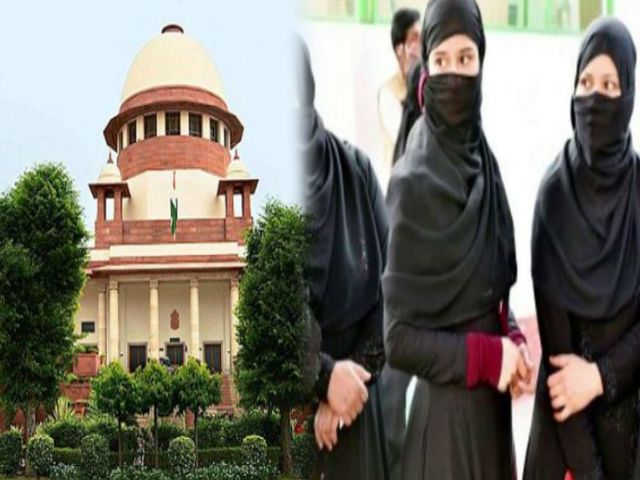 New Delhi : The Supreme Court on Wednesday sought a response from the Centre on a fresh plea that challenged the constitutional validity of the practice of polygamy and ‘nikah halala’ among Muslims in India.

A bench of Chief Justice Dipak Misra, Justice A.M. Khanwilkar and Justice D.Y. Chandrachud issued the notice to the Centre and tagged the plea with similar petitions pending before it.

The fresh plea filed by Women Resistance Committee Chairperson Nazia Ilahi Khan, a practicing advocate at the Calcutta High Court, has challenged the practice of polygamy, ‘nikah halala’, ‘nikah mutah’ (temporary marriage among Shias) and ‘nikah misyar’ (short-term marriage among Sunnis) on the grounds that these were violative of the Constitution’s Articles 14, 15 and 21.

Under ‘nikah halala’, if a Muslim woman after divorce by her husband three times on different instances, wants to go back to him, she has to marry another person and then divorce the second husband to get re-married to her first husband.

“Declare the dissolution of the Muslim Marriages Act, 1939 unconstitutional and violative of Articles 14, 15, 21 and 25 of the Constitution in so far as it fails to secure for the Indian Muslim women the protection from bigamy which has been statutorily secured for Indian women from other religions,” said her plea filed through advocate V.K. Biju.

The apex court has been hearing pleas filed by Sameena Begum, Nafisa Khan, Moullium Mohsin and BJP leader and advocate Ashwini Kumar Upadhyay on the issue.

Article 14 guarantees equality before law, Article 15 prohibits discrimination on the grounds of religion, race, caste, sex or place of birth and Article 21 guarantees protection of life and personal liberty.

Telling the court that though different religious communities are governed by different personal laws, Upadhyay had contended that “personal laws must meet the test of constitutional validity and constitutional morality in as much as they cannot be violative of Articles 14, 15, and 21”.

Pointing to the “appalling” affect of polygamy and other such practices on the Muslim women, senior counsel Mohan Parasaran had earlier told the apex court that the 2017 judgment holding instant ‘triple talaq’ as unconstitutional had left these two issues open and did not address them.

A five-judge Constitution Bench headed by then Chief Justice J.S. Khehar (since retired), by a majority judgment in 2017, had said: “Keeping in view the factual aspect in the present case, as also the complicated questions that arise for consideration in this case (and, in the other connected cases), at the very outset, it was decided to limit the instant consideration to ‘talaq-e-biddat’ or triple talaq.

“Other questions raised in the connected writ petitions, such as polygamy and ‘nikah halala’ (and other allied matters), would be dealt with separately. The determination of the present controversy may, however, coincidentally render an answer even to the connected issues.”

Previous Meet Rajia Bano (Sharma Ji), an Indian feigning as a Pakistani to flare communal tensions
Next How Mobs and Lynchings become handmaiden to anarchy?