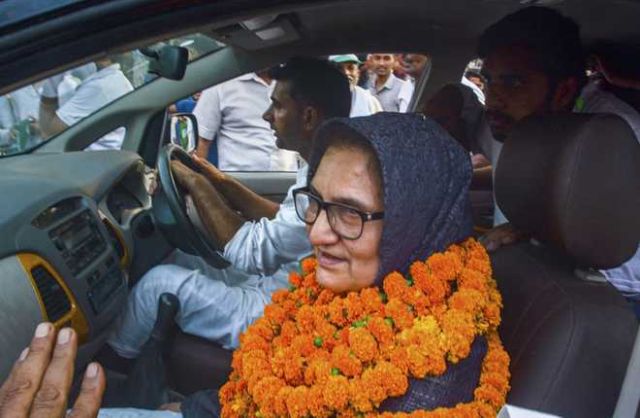 New Delhi : Tabassum Hasan, who opened the Rashtriya Lok Dal account in the 16th Lok Sabha on Thursday by defeating BJP’s Mriganka Singh in Kairana, is also the first Muslim MP from Uttar Pradesh among the present members of the House.

Hasan, who had support of the Congress, the Samajwadi Party and the Bahujan Samaj Party, defeated the Bharatiya Janata Party (BJP) candidate by over 44,000 votes.

The BJP, which won 71 seats in Uttar Pradesh in the 2014 Lok Sabha polls along with two won by its ally, now has 68 MPs from the state.