Breaking News
Home / Government / Terror groups will be flushed out of J&K: Rajnath

Terror groups will be flushed out of J&K: Rajnath 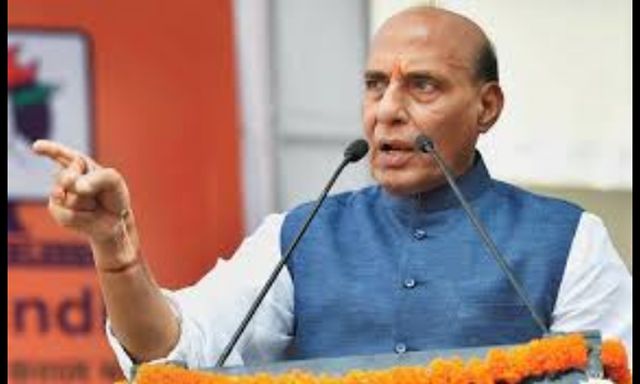 Lucknow : Union Home Minister Rajnath Singh on Wednesday said the government will not tolerate terrorism in Jammu and Kashmir any more and that operations will be launched to flush out militants.

He added that restoration of peace in the strife-torn state was on top of the agenda for the Modi government.

Singh, the Lok Sabha MP from Lucknow, also reiterated the Modi government’s resolve to ensure a complete end to terror activities in Jammu and Kashmir.

Speaking on the sidelines of an event at a private hospital here, the Bharatiya Janata Party (BJP) leader also warned terrorist groups against any misadventure and said that security forces were prepared to foil any such attempt.

The Minister’s statement came a day after the BJP ended its alliance with and pulled out of the PDP-led government in Jammu and Kashmir, citing growing incidences of terrorism.

Share
Previous Lifetime experience essaying Bal Thackeray: Nawazuddin
Next Yoga has nothing to do with religion: Vice President