The disappearance of Jamal Khashoggi and the Israel-Saudi alliance 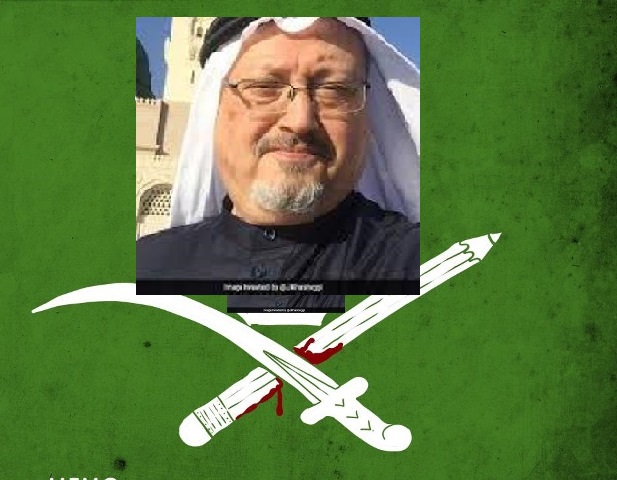 The apparent kidnapping and possible murder of journalist Jamal Khashoggi by Saudi Arabia is a shocking indictment of a regime entirely without redeeming features. He walked into the Saudi embassy in Turkey last week to obtain documentation finalising his divorce, but he has yet to return. His fiancée waited outside the embassy in vain for him to emerge.

As a Saudi journalist, Khashoggi had latterly become a critic of Crown Prince Mohammad Bin Salman, the de facto ruler of the Kingdom. He spent much of his career as, in the words of the Washington Post, “a part of Saudi Arabia’s establishment, ensconced in its ruling circles.”

Bin Salman is first in line to the throne and seems to be sending the signal that nobody must challenge him, even in the most timid of ways. Khashoggi was a mild critic, not challenging the Saudi regime in any fundamental way, or calling into question its right to rule. The Times on Wednesday summarised that Khashoggi’s Washington Post columns amounted to “fairly mild articles on aspects of Saudi policy.”

However, it’s now clear that even this was too much for Bin Salman and the rest of the ruling Saudi clique. In crude power terms, it looks as if Khashoggi backed the wrong princes.

As Jamal Khashoggi’s friend and one of the last people to see him before he disappeared, these are my thoughts

The entirely justified mainstream media and toothless Western government outrage at Khashoggi’s disappearance masks a wider truth; this is only the latest in a long list of examples of Saudi oppression targeting dissidents and critics.

Interestingly, on this occasion there are also questions being asked about whether Saudi Arabia had help in the operation against Khashoggi. Left-wing Lebanese-American academic and commentator As`ad AbuKhalil, a long-term critic of the Saudi regime, wrote immediately that he suspects Israeli involvement. He added later that governments other than the Saudis were involved, probably including Egypt and Israel.

There are enough signs that: 1) Turkish government is backtracking from early leaks. A deal is being cooked between the two governments.  2) other governments were involved for sure: Israel and Egypt, I suspect. One of the two jets which carried Saudi security men landed in Egypt

The Times reported that one of the two private Saudi jets suspected of ferrying a “hit squad” between the Kingdom and Turkey stopped over in Egypt on its way home, before departing for its final destination in Riyadh. See the graphic in the Times report via the link. The other jet which allegedly brought this Saudi death squad into Turkey, made a stopover in the United Arab Emirates.

What of any Israeli connection? Right now there doesn’t seem to to be any solid evidence, but it would not be without precedent. Once something of an open secret, the collaboration between the Israeli and Saudi regimes has burst into the open in recent years. There is no longer any doubt that the two countries’ spy agencies are working together on projects of mutual interest.

Both Israel and the Saudis have an interest, for example, in fighting Iran, each in similar sectarian terms. Israeli spy agencies have in the past assassinated Iranian scientists, along with Palestinian resistance activists and fighters — armed and unarmed alike — as well as completely innocent Palestinian bystanders.

Times journalist Richard Spencer has been covering the Khashoggi story. He wrote an interesting analysis on Wednesday in which– without specifically speculating that Israel may have been involved in the journalist’s disappearance – he outlined some of the historical precedents of Israel kidnapping and/or murdering “troublesome” critics of despotic or autocratic regimes allied to the self-styled Jewish state.

Israel’s Mossad intelligence agency has “developed an expertise in kidnapping people and smuggling them across international boundaries using diplomatic cover,” wrote Spencer. He cited the 1984 example of Umaru Dikko, a Nigerian politician exiled to London the year before, after a coup in his home country. The man was “found in a crate at Stansted airport, alive and drugged, having been seized by two current or former Mossad agents working for the Nigerian government.”

The crate was supposed to be protected by diplomatic immunity, but “the British police cited its lack of proper seals and documentation as a reason to break in and search it.” Mossad’s much vaunted and feared “expertise” in such matters clearly failed in that particular operation. We don’t know whether or not Israel was involved in this particular kidnapping in Istanbul, but it’s certainly a valid avenue of enquiry for investigators.

In one respect, the Israel-Saudi alliance now seems complete: propaganda.

Saudi regime mouthpiece, Okaz, explains reasons for the media frenzy about Saudi role in the disappearance of Khashoggi: it attributes it to “Saudiphobia”. Kid you jot.

This pathetic defense of an indefensible regime is exactly like when Zionists claim that opposition to the Israeli apartheid entity is anti-Semitism.

An emerging Saudi propaganda theme seems to be that all the current criticism of the Kingdom over its alleged kidnapping and murder of a mild critic of its Crown Prince is nothing more than “Arabophobia” or “Saudiphobia”. In other words – stop me if you’ve heard this one before – such criticism is not motivated by concern for the basic human rights of Saudi dissidents but by anti-Arab racism.

If that sounds familiar, it should. The Saudis are using the same tired template that Israel uses to discredit any and all critics of its military occupation of Palestinian land, or its founding ideology, Zionism; that is, the old lie that all critics are “anti-Semites”.

While it goes without saying that anti-Arab racism and anti-Semitism are both real and unacceptable issues, such cynical manipulation of genuine concerns by despotic regimes seeking to divert attention from their crimes should be treated with the contempt that it deserves. The Israel-Saudi alliance, it seems, has come full circle.