The endless massacre of Muslims since 9/11 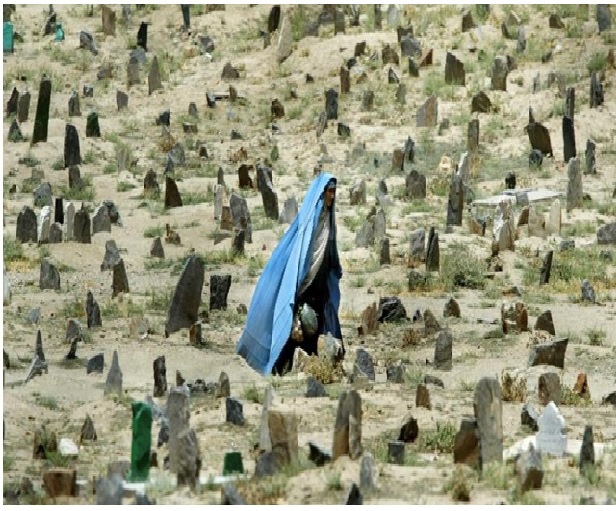 Despite a total media blackout on the incessant killings , bombing, missile and drone attacks on the unarmed Muslims in Palestine, Iraq, Yamen , Syria  Libya , Afghanistan , Kashmir and Myanmar, and a NO-BODY-COUNT policy , some estimate that more than at least two million Muslim men, women and children have been mercilessly wiped out from the face of the earth by the crusading US/UK and NATO armies. No government minister of the day has faced any repercussions for their role in the war, and no one is quite sure whether the intervention was legal or not. The genocide still continues.

Everyone knows that 9/11 was a Zionist covert operation with the connivance of CIA , Mossad . The two towers of the world trade centre did not collapse from the impact of two Boeing 767s and the ensuing fires. They were destroyed in a planned, controlled demolition. The entire catastrophe was planned and executed by federal officials working as the Zionist stooges in order to provide the U.S. with a pretext for going to war in the Middle East and, by extension, as a means of consolidating and extending the power of the Judaeo-Evangalist enemies over the morally dead , militarily incapable Muslim people. Since then a west sponsored war on Islam has been named as “War on Terror” and also being conveniently exported to Islamophobic countries from France to India without any objection from the so called civilized world represented by the U.N.O.

The military, the finance and the media fraternity of the Muslim haters have signed a ruthless pact amongst themselves, a policy of silence when Muslim blood spills. A similar policy can be witnessed in India when Kashmir burns and Hindutva mobs lynch helpless Muslims on streets.

Calculating the true impact on lives and properties of Muslims in this inhuman war is an inexact science. The biggest reason for putting an iron curtain on the body-count has been the smuggling of human body parts by the crusading invaders. American corpse thieves work with the mass murdering Israeli and Christian mercenaries side by side. Muslims have a second name today, they are also called war casualties. Cities after cities are being reduced to rubble, those Muslims who can run and reach European shores are being jailed, their women being forced to get into prostitution and huge amount of money is being wrested from the shameless oil-rich sheikhdoms in the name of refugee settlements. Those who couldn’t be killed or escape are incinerated in prisons like Abu Ghareeb and Guantanamo Bay.

As the war continues so does the relentless daily death toll.15 years of never-ending bloodshed has not only altered the fate of the Muslims around the globe, it has also changed their psyche to an incorrigible senselessness. Harms suffered by one is hardly felt by the other although Islam has declared them brothers in faith. While killing Muslims has become legal globally, resisting a massacre is contrary to international law.

War on terror/Islam is a flourishing business for the military industrial complexes in America, UK , France and recently in India under the Modi govt. Being unarmed, untrained and totally disorganized Muslims can by massacred as easily as culling the chickens. Novice pilots train as bombers on Muslim population from Iraq to Afghanistan while snipers hone their skills on Muslim poor from Palestine to Kashmir. Muslim genocide was never such a cake walk for the Zionist crusaders especially as along as the Caliphate was intact.

The bombers, the snipers, the arsonists, the rapists and the corpse smugglers and human traffickers are richly rewarded post operation. Most of them join high ranks in the western oil or financial corporations. Any one harming Muslims by guns, words or bytes are sure to be rewarded by the enemies of Islam.

As long as Muslims do not rise from the deep slumber and join heads from Algeria to Indonesia to India to Arab, the war can’t be stopped let alone being fought and repelled. The greatest unifying theory needs to be enforced and military generals, defence experts, ordinance engineers and manufacturers need to come forward in their roles as the defenders  of the faith. Religious scholars must necessarily exhort the young Muslims to understand the seriousness of the situation and volunteer their strength to shield the community from the invading army. Muslim countries are urgently required to forge an immediate alliance to jointly defend the Ummah wherever or whenever any of them is attacked. The world is surprised at the imbecility of Muslims that despite being systematically massacred for more than a century now there doesn’t exist even an iota of solidarity among them. The enemies know their deep divisions and exploit them on national, sectarian and linguistic lines. Zionist who control ninety percent of the world’s news channels and social media are tirelessly perpetuating Muslim demonization twenty four seven every day of the week with Muslims having no tools or strategy to combat it. Its high time Muslim intellectuals go digital, go full throttle and take their defensive offence even to the cyber space.

(The author is a Kuwait based Indian writer, he can be contacted at  Email : wichars2012@gmail.com)

Share
Previous Muslim man refuses to shake hands with women, loses job
Next Courts are bound to resolve family issues of Muslims in the light of Shariah