V.K. Chaudhary praised AFMI and FLAME for their efforts in spreading education among Muslims

Patna: Speaker of Bihar Legislative Assembly Vijay Kumar Chaudhary on Sunday said that it is very contradictory in nature that illiteracy is highest among the Muslim community despite greater stress on education in Islam compared to other religions.

Chaudhay praised AFMI (American Federation of Muslims of Indian Origin) and FLAME (Forum for Literacy Awareness and Muslim Education) for their effort in spreading education in the society particularly amongst Muslim community and thanked them for their tireless work in increasing the literacy rate of the Muslim community country-wise.

Chaudhary further said that the minority community not only need a secure environ to live in but also right to education which is the foremost right that have been promulgated ever. 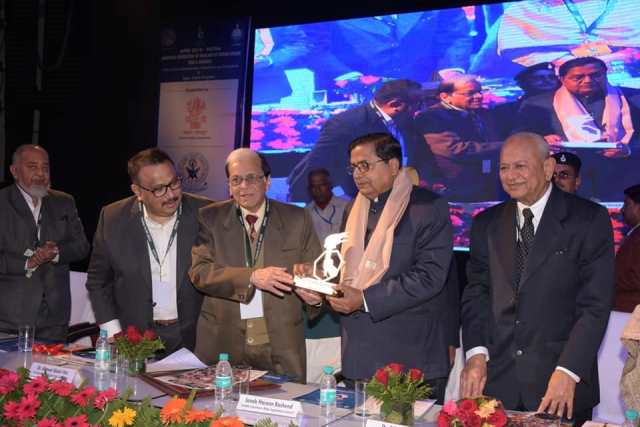 ‘You should aim high, achieve your goal and pay back to the community and country’ advised AFMI president Dr Qutubuddin to the students while addressing on the occasion.

You must not waste your time on social media or indulge in pornography as it will finish your career forever, he added.

AFMI president in-elect Sirajjudin Thakor said that the dropout rates from school among Muslim community is higher than any other community and we have to work on this.

Addressing the awardees, the toppers of various state boards, Thakor hoped that this will encourage more students to excel in their studies as he said, ‘Success is not permanent and failure is not final. But the important thing is one should never give up and keep trying having a positive attitude.’

Renowned US based Islamic scholar Dr Aslam Abdullah while emphasizing the  importance of education in Islam said that during the first  and most crucial battle of Islam known as  ‘Badr’ prophet Muhammad (PBUH) restrained the only educated lady  ‘Umm ul Waraq’ from attending the battle and instructed her to educate the people of Medianah instead. 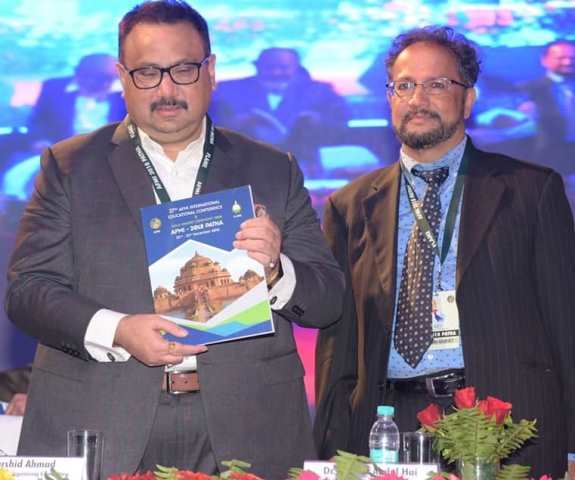 Afzal Wani, Professor of Legal Studies in Indraprastha University, New Delhi, while addressing the gathering said that this is the time when we have to prove ourself to the world amidst many challenges that exist in the road.

He appealed the minority community especially the younger children to be consistent in their effort and strategize oneself with an open mind to achieve the set goal.

Meanwhile, FLAME president and eminent surgeon Dr A A Hai urged Chaudhary to help restore the sacredness of Sher Shah Mausoleum located at Sasaram in Bihar as the monument has historical significance and lying in dilapidated condition.

Dr Hai also urged the Bihar government to start a minority technical institute somewhere in Patna to provide technical education to the youths of minority community.

AFMI vice-president Shafi Mashadi while addressing the audience consisting of intellectuals, academicians, bureaucrats and religious leaders said that if any community wants to progress, it can only be achieved through education.

Two other sessions marked the conference on the second and concluding day. The one was—Is social media an important learning tool for value based education or a waste of time and Co-relation between education and success, Emerging trend in the field of education.

Those present during the conference were organising Secretary Khurshid Ahmad and AFMI Vice-president Farhat Hassan.