Victims of Hyderabad blasts yet to get justice: Owaisi 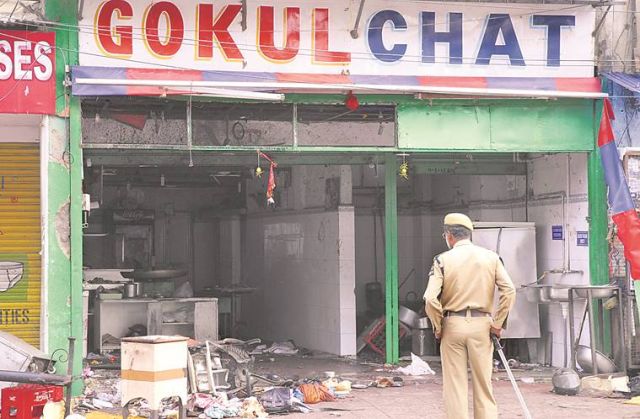 Hyderabad : MIM chief Asaduddin Owaisi on Tuesday said justice was yet be done for the families of the 42 people who lost their lives in the 2007 twin bomb blasts in Hyderabad.

Reacting to the verdict of a city court, which convicted two accused and acquitted two others, he said that closure for the victims had not happened.

The Hyderabad MP told reporters that the investigating agencies should properly conduct a fresh inquiry and the accused who were absconding should be brought to book.

The Second Metropolitan Sessions Court on Tuesday held Anique Shafiq Syed and Akbar Ismail Choudhary guilty. The quantum of punishment will be announced on September 10.

Farooq Sharfuddin and Sadiq Ahmed Sheikh were acquitted for lack of evidence.

The Majlis-e-Ittehadul Muslimeen (MIM) president said the blasts were the tragic moment for Hyderabad.

“Justice is yet to be done and families of the 42 people who lost their lives and the 54 injured are still suffering,” he said.

Owaisi said that he personally knew a Sharma who lost his daughter in this terror attack.

The MP said the youths who were acquitted spent nine years in jail. “What will happen to them?”

While 32 people were killed at Gokul Chat, a popular eatery, 10 others lost their lives at Lumbini Park, near State Secretariat, in near simultaneous blasts on August 25, 2007.