Breaking News
Home / Muslim Mirror / Who is responsible for the killing of Mohammad Azeem?

Who is responsible for the killing of Mohammad Azeem? 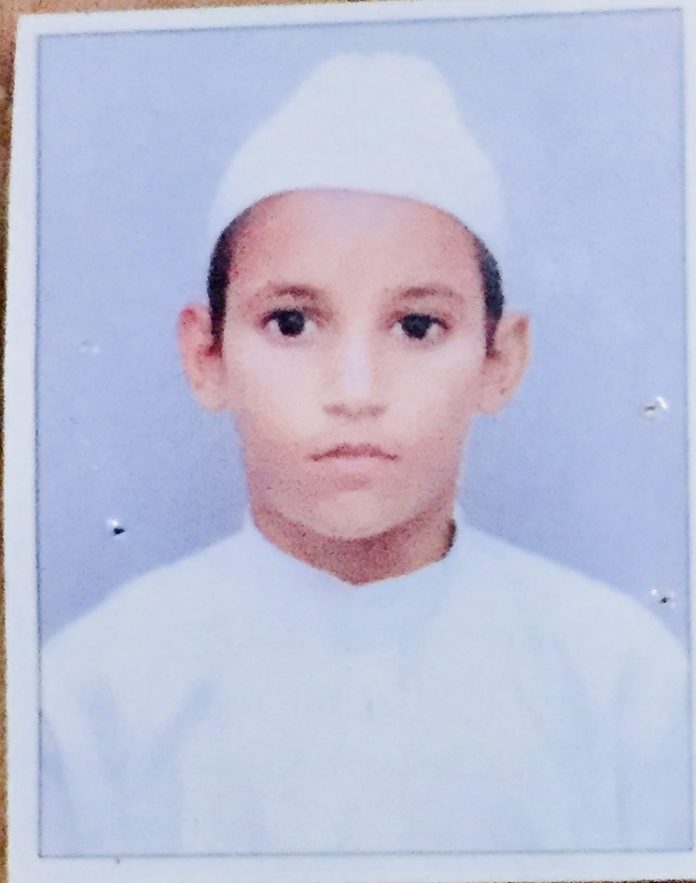 Mohammad Azeem killed by the similar age group of the children over a scuffle in Malviya Nagar, New Delhi. Killing of an eight-year-old boy who was the student of madrasa, needs sociological reflections as: 1) why he has been killed by the similar age group of children; 2) why people were provoking to kill instead of saving the innocent child; 3) why the state apparatus did not respond effectively despite of complained by the madrasa; and finally, who is responsible for the same?

To begin with, any one can argue that this incident is just a scuffle between the two similar age group of children, which unfortunately resulted into the killing of the child. However, this is not as simple as anyone can argues. To reflect on this, it can be reasoned that these children are in their socialization age (although socialization is life long process).

However, the enculturation process of children of their age is more important than the socialization of on adult. Since socialization is a process whereby a child learns his values, norms and customs of the society to become the member of the society or to convert himself from biological being to social being. Since children learn the values of their society, so, it can be argued that the kind of values society have that would impart into the mind of the children. And, they would act according to their socialization. Having said this, it can be argued that society is not in the vacuum. It is very much influenced by other institutions such as political institution. Society could not maintain aloof from other same. It is interacting and intermingling with the political institutions. In other words, there is deep influence of the politics upon the society. And, the kind of politics and its values are prevailing in India today is grave matter of concern and known to everyone. The dominant and communal politics is instilling the fear, hatred and prejudice against the Muslims among the masses to gain electoral benefits. And, such contagious disease also gets communicated into the mind of these young children, who are in their socialization process and unfortunately the part of such society. Hence, it can be argued that the socialization process of children is not very healthy and due to this unhealthy enculturation process, one innocent child lost his life.

To reflect on the second question, it has been reported that when Azeem was beaten by the children many people were standing there and provoking them to kill, instead of helping to him. They were also having problem with these madrasa children as they used to wear skull cap and kurta-paijam (a kind of dress). This also needs some critical reflections. In this context, firstly, it can be argued that some time local clashes get converted into the big scuffle because of less interaction and misinformation. In addition to this, there are some kind of differences between the two major communities of this country, Hindus and Muslims. These differences are in terms of religion and culture. However, it does not mean that they are hostile to each other. However, these cultural and religious differences become wider when political parties try to gain profit out of it. These differences are further broadened and exploited by some political parties to consolidate their vote bank to capture of the power. And for capturing the power, they try to impart hatred, narrow-mindedness and biasness towards the Muslim community into the mind of their vote bank. Hence, these kinds of feelings get reflected by people through the such kind of actions. That is why people who were present at the time of scuffle, provoking the children to kill the eight-year child instead of saving him.

Moreover, the role of state apparatus also needs critical inquiry. It has been reported that the people from madrasa had complained about the hostile behavior of the youth from the vicinity. However, the police personnel did not respond effectively till this incident happen. This show the lethargic and bias approach of police towards Muslims.

This allegation could also be substantiated by the fact, when UP police change the killing of meat trader into the mere road rage. Therefore, if they had been acted appropriately such kind of deed would not have been occurred.

Throwing light on the fourth question it can be argued that although the children were directly committed and involved in such crime. However, it is the society, which is extensively influenced by the prevailing dominant politics, which is having the odium, intolerance, and communal feelings towards the Muslims, is equally responsible for such heinous crime. In other words, the dominant ideology and hatred politics of current time is implicitly responsible for such atrocious deed.

Finally, it can be argued that there is need to dethrone and remove such kind of hatred politics which is not only dividing the country on the communal line but also becoming the stumbling block in the social progress, peace, tranquility and communal harmony of this country. This kind of politics also needed to be debunked because it is polluting the young and creative mind, which results into such kind of incident.

The author is a Ph D Scholar,
Centre for the Study of Social Systems,
Jawaharlal Nehru University, New Delhi.