Yoga one of most powerful unifying forces: Modi 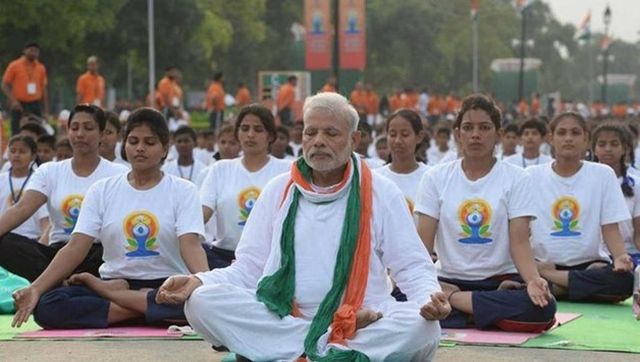 Dehradun : Prime Minister Narendra Modi on Thursday said that Yoga has the power to unite individuals, society, country and the world at large, and has emerged as a major unifying forces globally.

“Yoga has become one of the most powerful unifying forces in the world. It unites individuals, families, society, country and the world,” Modi said while leading the fourth International Yoga Day celebrations here in Uttarakhand.

He said that the world has embraced Yoga and glimpses of this can be seen in the manner in which the International Day of Yoga is marked every year.

“In fact, Yoga Day has become one of the biggest mass movements in the quest for good health and well-being,” he said.

The Prime Minister participated in yoga celebrations at Rajpath in New Delhi in 2015, the Capitol Complex in Chandigarh in 2016 and at the Ramabai Ambedkar Sabha Sthal in Lucknow in 2017.